At elevated temperatures the water quality of the 'freshwater' tanks deteriorates quickly. Our water system is not only filtering the water when filling the tank but also when extracting water from the tank. When extracting water a combination of fine and active carbon filter plus the continuous treatment of the water using Tank-O3’s small ozone generator. Make sure the water is safe and the tank is clean and bacteria free !

The Tank-O3 unit works on the basis of electrolyse. Oxygen (O2) is converted into Ozon (O3). Ozone is a very powerful oxidant, but beyond ozone is the hydroxyl radical. The use of the hydroxyl radical is referred to as an Advanced Oxidation Process. AOP is wideley used at larger scale in city water plants to destroy viruses, bacteria, fungus and spurs. Next to that it eliminates the dreaded bio film and even protects the tank above the water level during consumption. During operation the power consumption is claimed only a mere 50mA !

The system runs off either 12V or 24V DC. Installation and operation is simple and straight forward. Drill a hole, fit and (almost) forget. Some periodic maintenance is needed to make sure the Ozone cell remains free of scale build up. So make sure you fit it in a place where you have easy access to it to maintain the system.

Somewhere mid 2017 I bumped into the system at a Camper and caravan shop. Actually I met with Geert de Bekker, the owner of Tank-O3 who was promoting the system at a small booth in the corner of that shop. We exchanged details because I knew the oxidising power of Ozone in my previous jobs. Plus I experimented with electrochemical oxidation for water treatment on one of my treks in the Andes with very positive results. Up till that point ozone systems for non commercial use where unknown to me. Also I was already deep into the technical build of the technical components for the truck. The initial build concept for the freshwater tanks was laid out using silver ions at that time...

Fast forward 2019 During our trips I noticed that despite having 3x105 ltr fresh water available, which can be connected separately. From each tank I could only harvest ~55 litres effectively. After removal of the false floor covering the tanks, it became apparent I made a crucial system design fault !

Taking water on the high side of the relative flat tank, in the unit which is tilted slightly toward the cabin does not live me 100% of the tank capacity. What to do now... As I did not want to discard all three separate tanks, and I knew that from my design efforts in Sketchup there was a possibility to put tanks upright. I decided to take one tank and put it upright.

Though leaving us with 1/3 off the anticipated capacity, till date we never had to use it on our travels, nor do we think it will be needed. The footprint of the tank is now drastically reduced, so that the volume becomes more effectively accessible. Simple physics rule !

This new position or the water tank provides now also a good basis to change the routing of water intake, filtration and treatment of the water on board. After the pump we have a combined carbon and fine filter from PUREone. With the installation of two T-ball valves we now create a double filter pass, once during fill, after which the water is Ozonated by the Tank-O3 system during storage. And once more prior to usage, from the tank, over the pump and filter to the various tap points in- and outside of the truck. So clean water enters the tank, is ozonated during storage and get's filtered again prior to use.

With the system installed and the TANK-O3 sticker placed on the back of the habitat we can now safely use our water from the tank, without having to worry.

Why not implement and use UV ?

After posting on my social media channels about the retrofit. I received many questions about O3 vs. UV treatment. May there still be questions, do not hesitate to contact me or Tank-O3 directly.

If the water is turbid & has high level of suspended solids, the penetration of UV rays is not deep. Therefore it will require more contact time as the UV rays is stationery & hence water has to be exposed to it for a longer time. The energy alone is not enough to destroy all types of bacteria, virus, protozoa, and fungus. So an array of filters is typically required and installed to try and fight these prior to storage of water in the tank, and- or during usage. The UV treatment merely kills the matter, but it remains suspended in the water. Slowly increasing the level of turbidity, reducing the level of effectiveness of the UV treatment. The accumulation of organic biofilm again is a fertile environment for bacteria and viruses to feed and grow on. 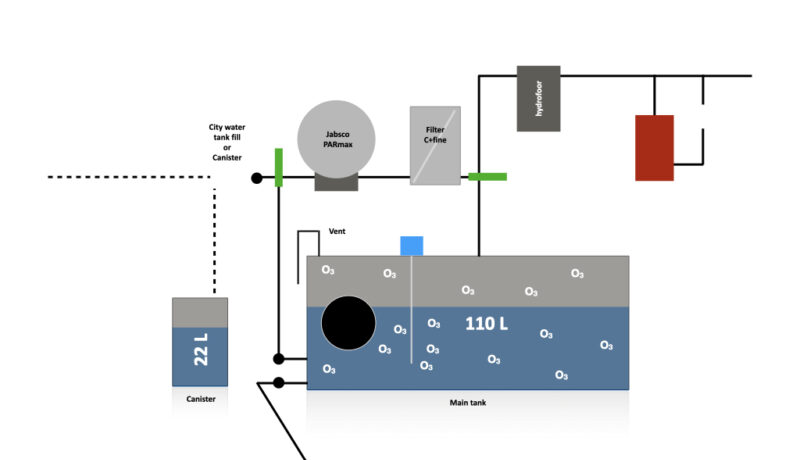 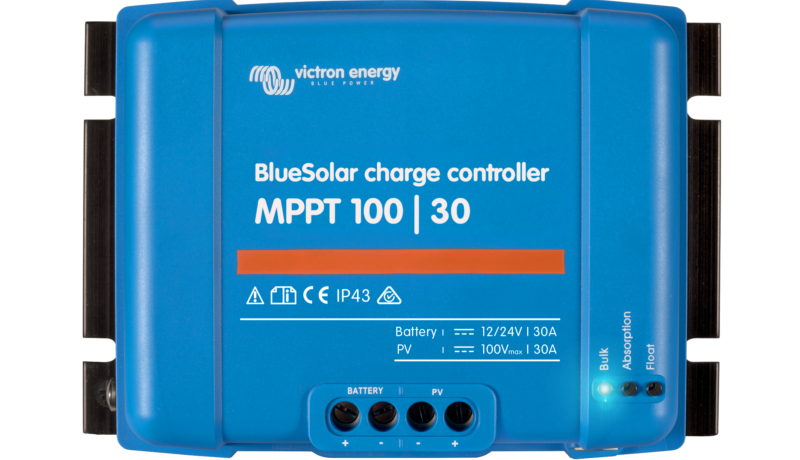